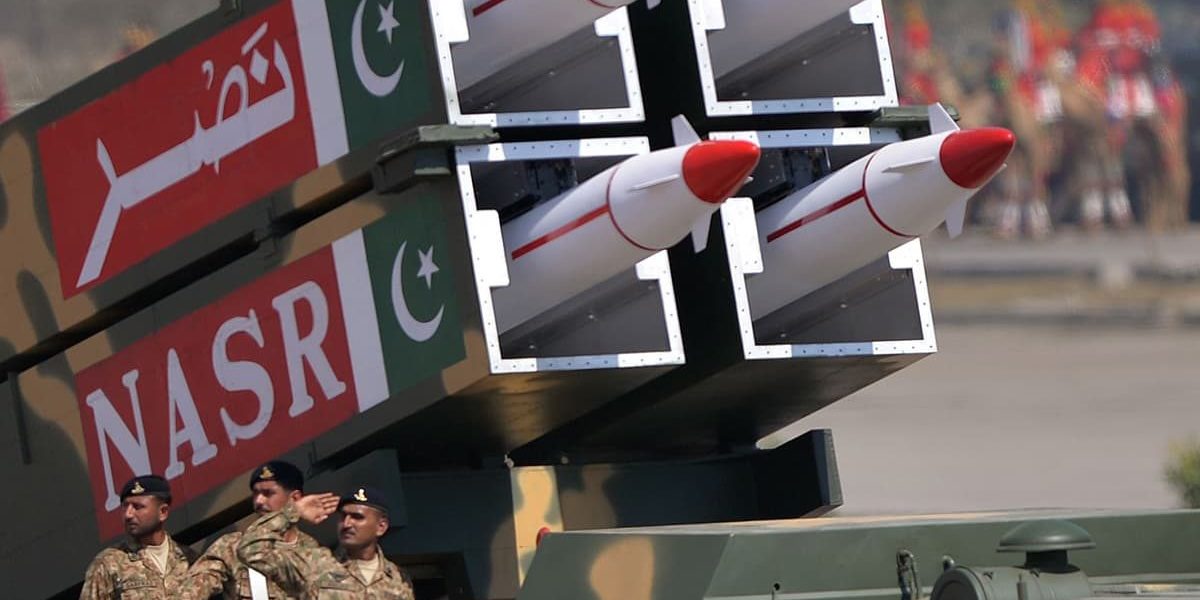 The Hatf-9 or Nasr is short-range ballistic missile with a range of 60 km developed by Pakistan. The Hatf-9 is solid fueled as well as being road mobile. [1] However, this missile is not operationally deployed. First flight tested on April 19th, 2011, it was subsequently tested in May 2012 and February 2013. [2] It was successfully tested in November of 2013 however while deemed nuclear-capable there has not been a test with a nuclear warhead. [3] It is considered to be a quick response unit, and has the capability to launch 4 missiles from a multi-tube launcher. [4]Furthermore, due to this test, Pakistani military officials are considering making the Hatf-9 an operational part of the Pakistani military. [5]