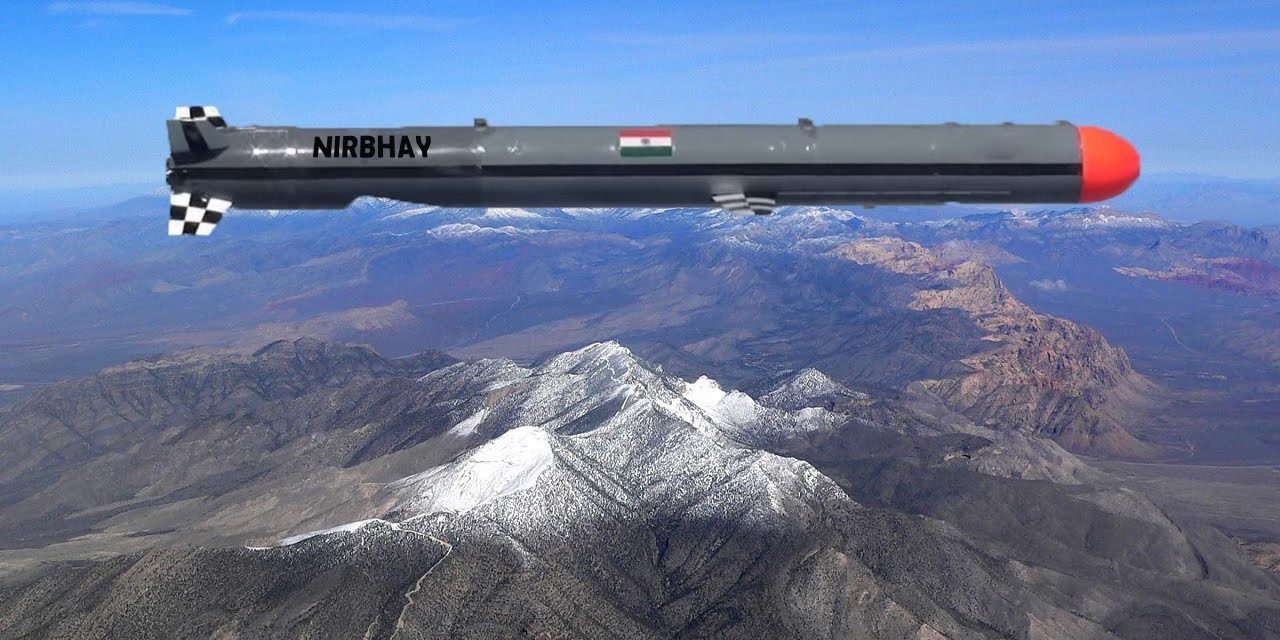 The Nirbhay, meaning “fearless,” is a land attack cruise missile (LACM) currently under development by the Republic of India’s Defence Research & Development Organisation (DRDO). This solid fuel, nuclear-capable missile has been designed to be dispatched from mobile launchers and travel up 1,000km at speeds nearing Mach 0.7.[7] With an on-board computer system and active radar guidance, the Nirbhay has a reported accuracy of 10m CEP and is claimed to be capable of flying at “tree-top” levels to avoid radar detection.[8] However, while the LACM’s development was slated to be completed by December 2016,[9] a string of failed tests has caused the DRDO to extend this deadline until June 2018.[10]

If successfully completed, the “Nirbhay cruise missile will fill a vital gap in the war fighting capabilities of [India’s] armed forces,” according to Dr. Avinash Chander of the DRDO.[11] Intended to be launched from land, air, and under water,[12] the Nirbhay would substantially augment India’s limited nuclear strike capability against Pakistan.[13] Given the missile’s repeated failures, however, India may eventually be forced to abandon the Nirbhay and pursue other designs in its quest to acquire an LACM with U.S. Tomahawk-like capabilities.[14]

[14] Bhat, “Nirbhay Cruise Missile: Should the Project be Junked?”