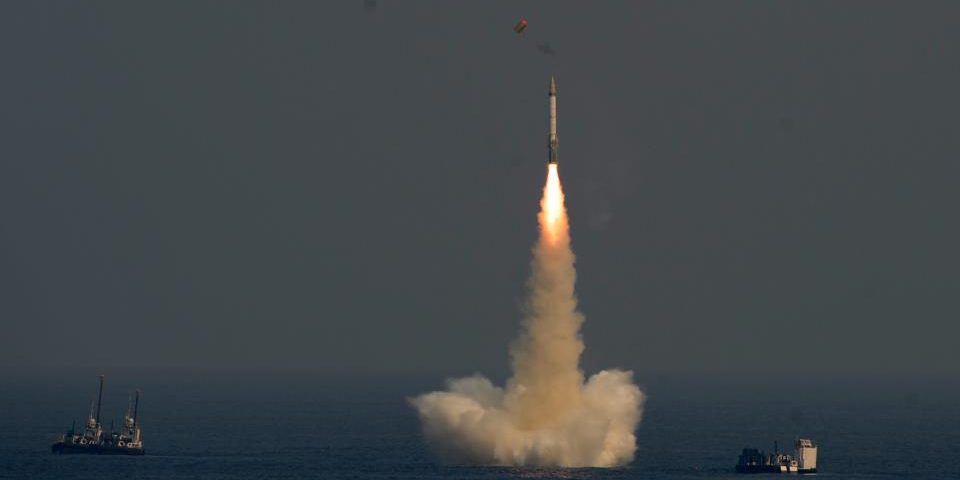 The Shaurya, or K-4, is the latest SLBM in India’s ballistic missile collection. Traveling up to 3,500km the K-4 has a significant range increase from the Sagarika, or K-15, with an upgrade in payload and accuracy as well.[1] Like the Sagarika, the K-4 will be deployed on the latest Arihant-class SSBN, however the missile is still in its testing stages and has not been deemed operational. The K-4 is a two-stage, solid propellant IRBM that uses a Ring Laser Gyro Inertial navigation system for a 20-30m CEP.[2] The first K-4 launch test occurred in 2014 with preparation for a second test currently underway.[3] Unfortunately, much of the K-4 is still enshrouded in secrecy by the Indian government.

The completion of the K-4 will allow the INS Arihant to fulfill its role as a nuclear deterrent to China and Pakistan. This would grant India the capability of launching ballistic missiles from the Bay of Bengal while remaining protected by warships and planes from the Andaman and Nicobar Command based at Port Blair.[4] The K-4 will greatly increase India’s second-strike capabilities in the region as well while also increasing the nation’s capability against China. While some argue that this could further support India’s “no first use” policy, others speculate that the K-4 may stir an arms race between the regional states.[5] The United States, as well as other western states, have already voiced their concerns about India’s latest ballistic missile.